It was a big challenge that the International Festival of Carthage met on the evening of Tuesday July 23. 2019 with the three young Tunisian artists Lina Ben Ali, Zied Zouari and Nidhal Yahiaoui who shared the glorious scene of the Roman Theater of Carthage in an amazing show scheduled in three separated parts animated by these three young Stars.
The concert started with the young Lina Ben Ali, known for her powerful and velvet voice. During forty minutes, Lina offered to her audience the best of her songs but also a selection of famous songs very known for the young fans present on the occasion to enjoy the show, namely Shallow by Lady Gaga and which was played as the theme song of the film “A Star Is Born”, released in 2018. Lina then sang “Rehab” written and performed by Amy Winehouse in her second album “Back to Black”, released in October 2006 and continued with a selection of other tubes of very famous Stars like Withney Houston, Anastasia and so others. Lina also offered to her fans the best hits of her new which made the stands of Carthage vibrate.
The second part of the show was devoted to the artist Zied Zouari, who amazed his fans with his magical sounds surprising the audience that discovered him for the first time with such originality for his artistic approach and his audacity as an authentic innovator. With his show “Electro Btayhi, Zied Zouari has proved on the scene of The Roman Theater of Carthage that the Tunisian musical heritage is a huge source of inspiration and that it can easily be forever immortalized if the artists. With Western and very old instruments including the Didgeridoo, Zied Zouari successfully realized with extreme finesse, a very beautiful fusion between several musical styles. With his violin and with the participation of his two kids Taamim and Tarak on violin and guitar, Zied revisited the Tunisian musical heritage with a very modern approach that merges electronic pop and hip hop in a very successful mix.
Time was then to Nidhal Yahiaoui to go on the stage of the Roman Theater to start the thirs part of the show with his new project Chaouia, reviving very old folkloric songs from the north-west of Tunisia where he comes from that he presented in a new style that merges pop music and its beautiful rhythms. Nidhal presented a show of great artistic quality that restored the authentic Tunisian musical heritage. With « Sag Najak sag » « Chaouia », « Lasmar Khouya », « Al Naouar », Nidhal took the audience into an amazing journey through our very rich musical patrimony, offering to the young audience rare moments of joy and great happiness.

For more information:
The press and communication office of the Festival
Phone: 70.028.388
Fax: 70.028.312
contact.citeculture@mac.gov.tn
presse@festivaldecarthage.tn 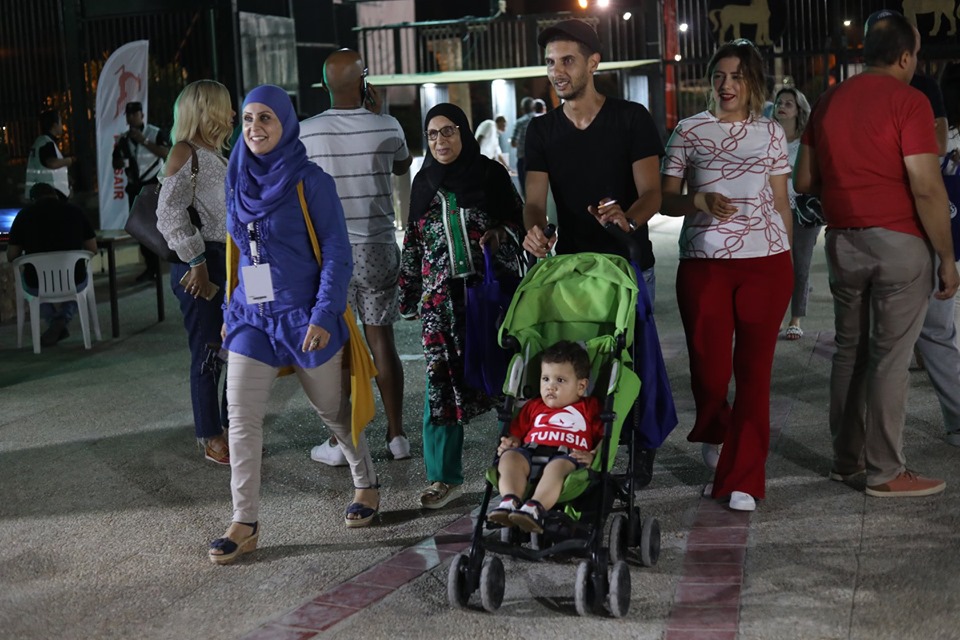 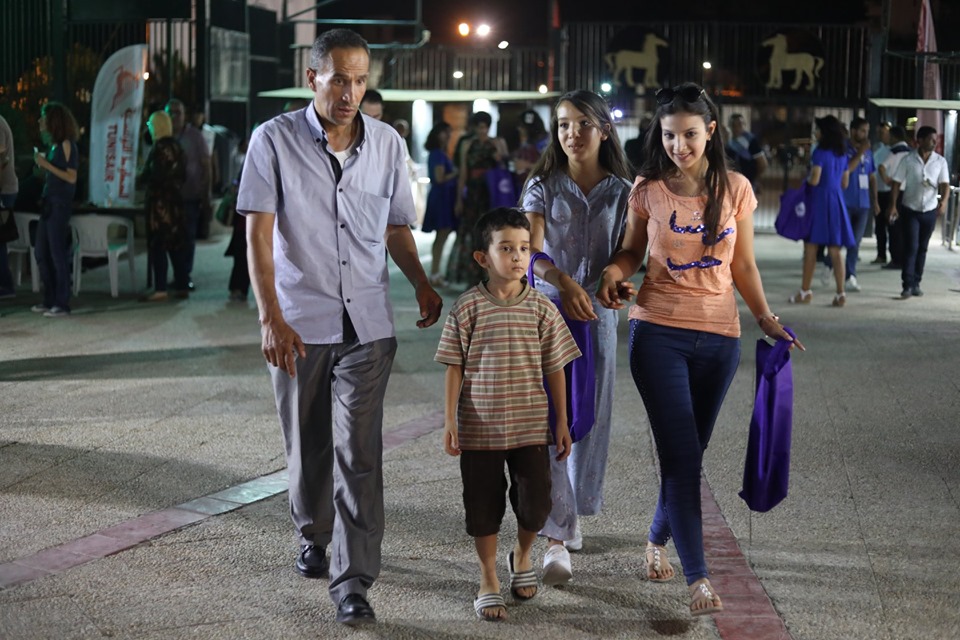 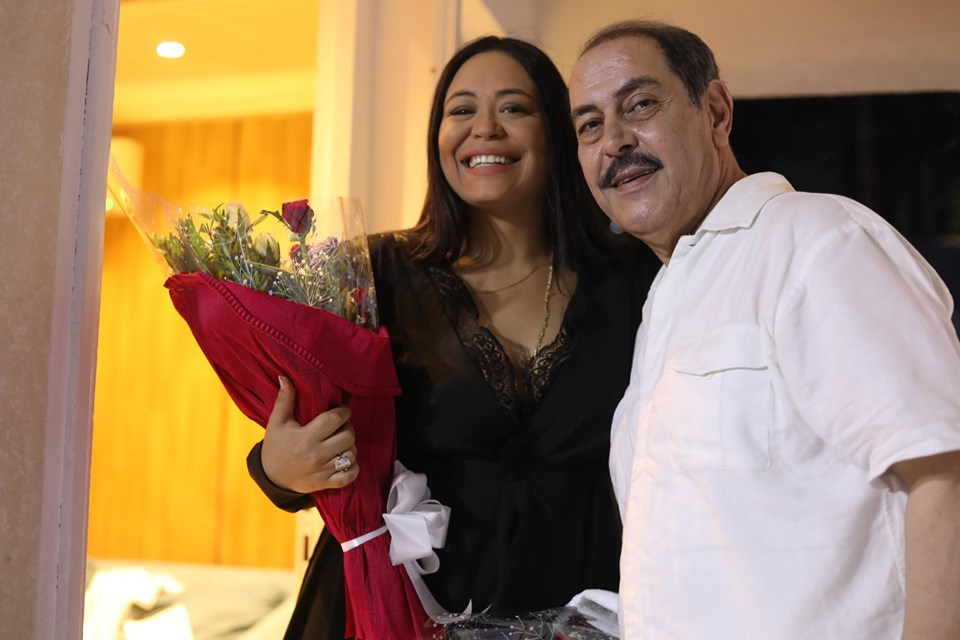 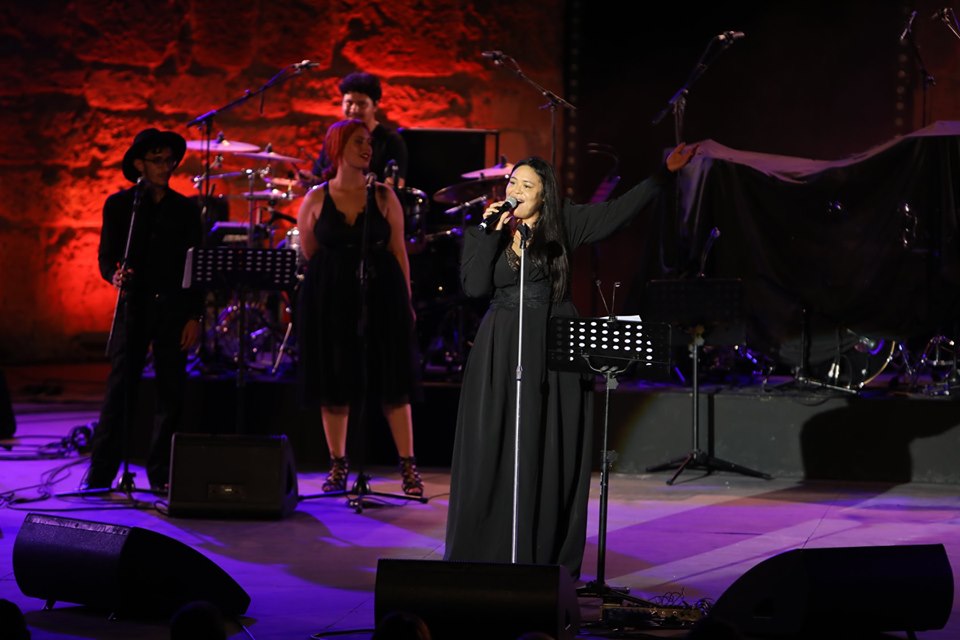 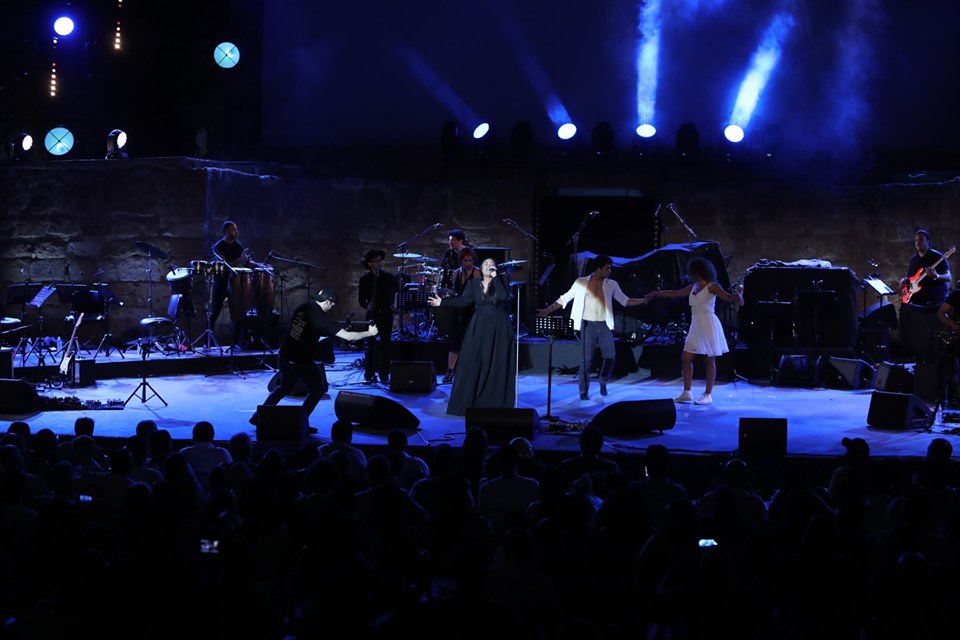 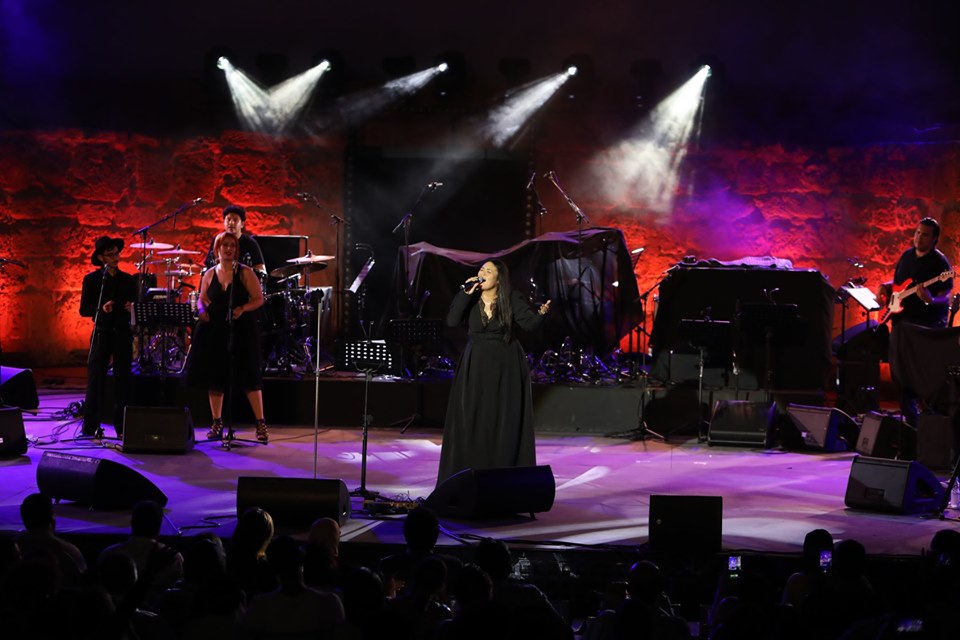 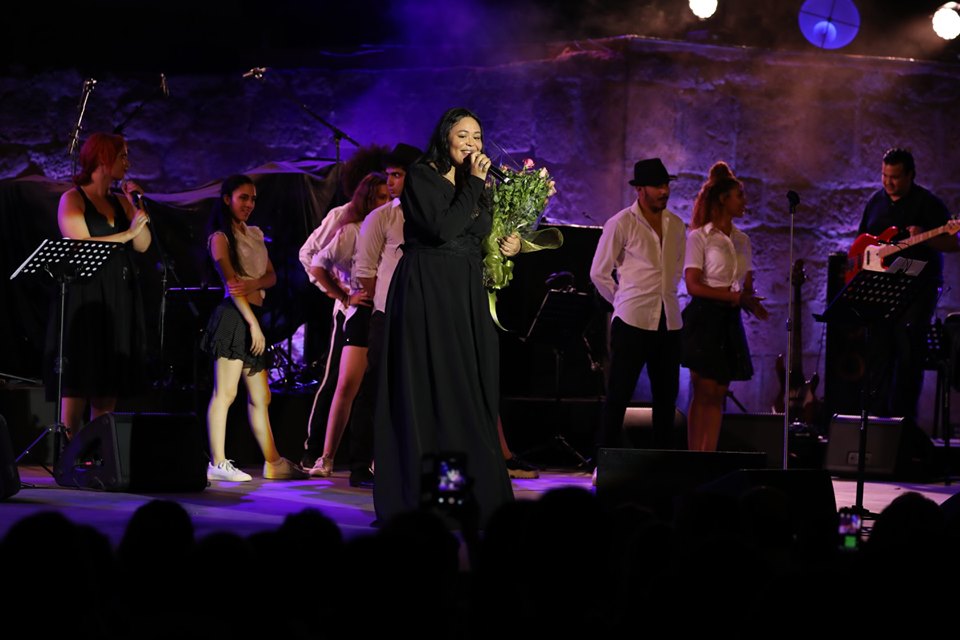 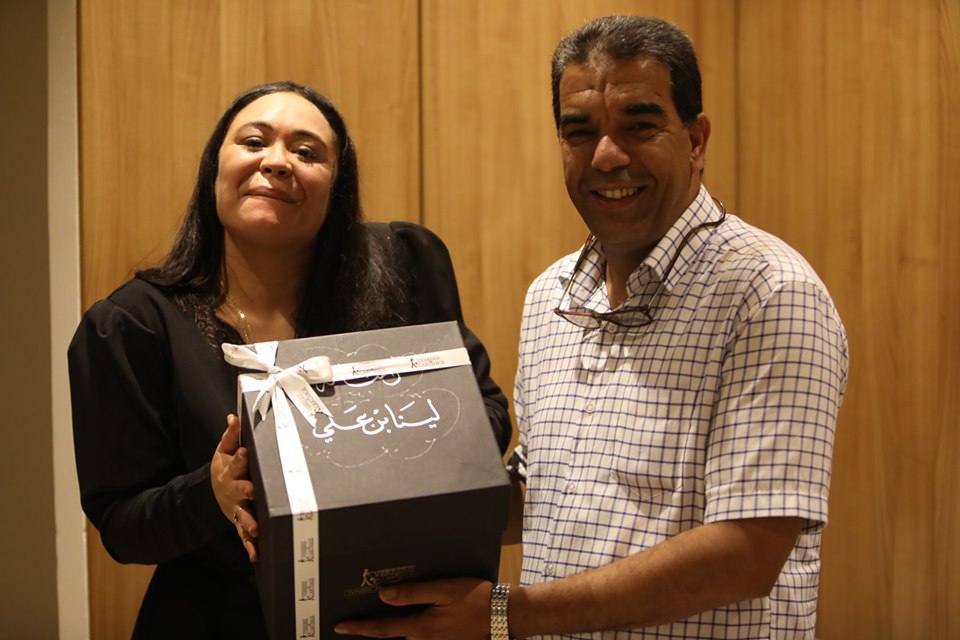 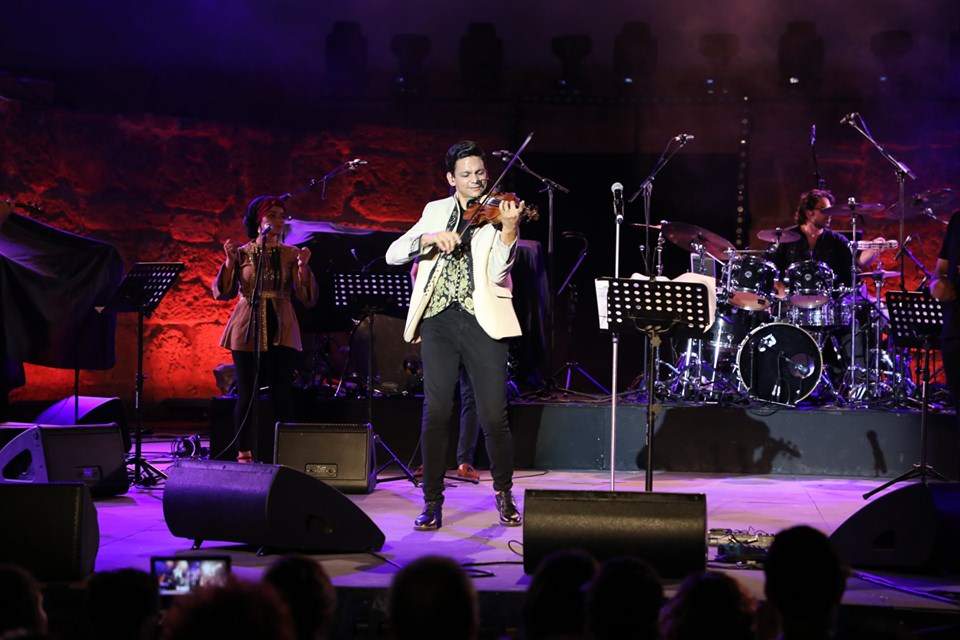 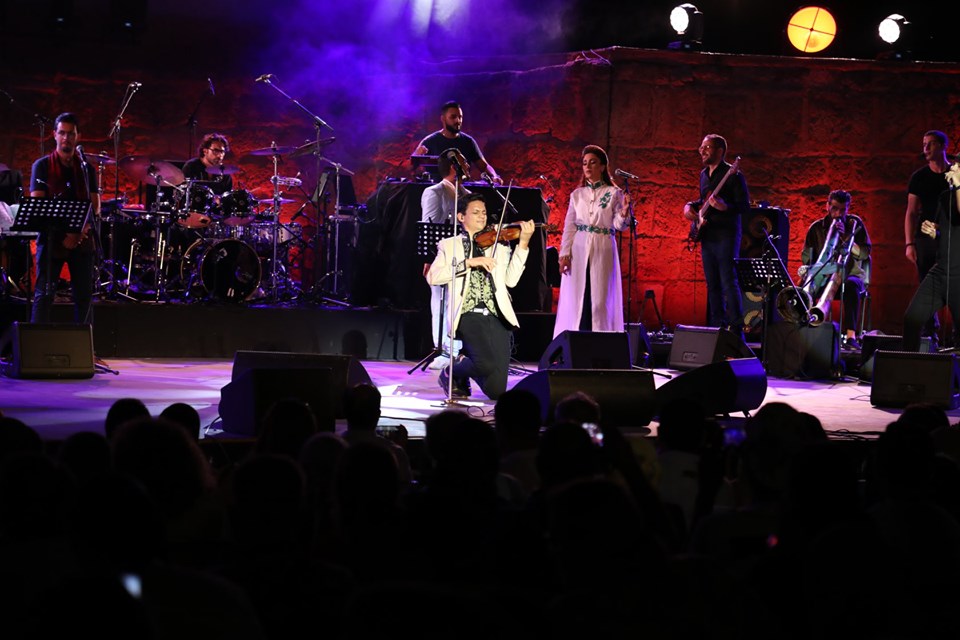 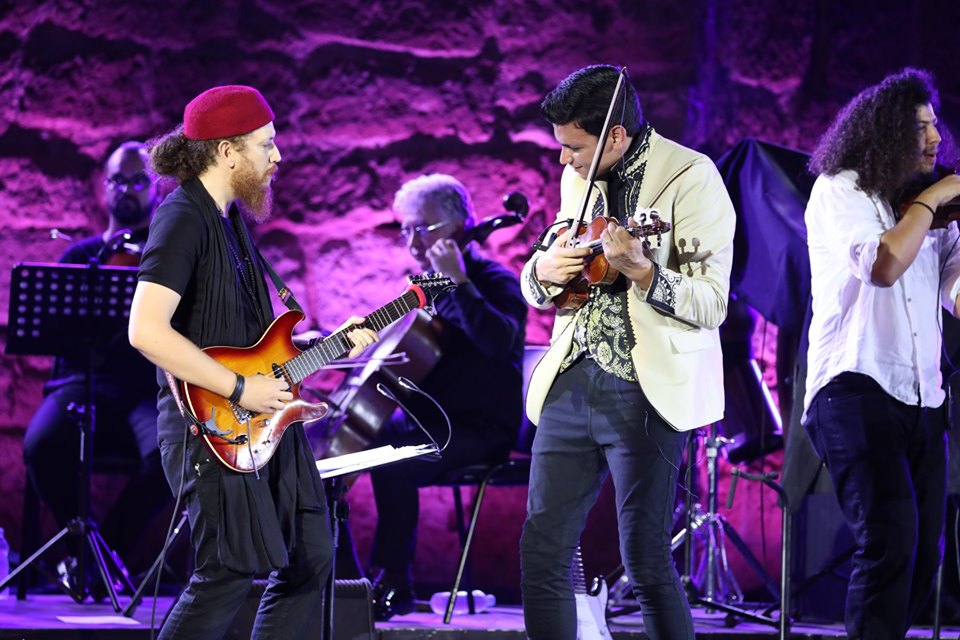 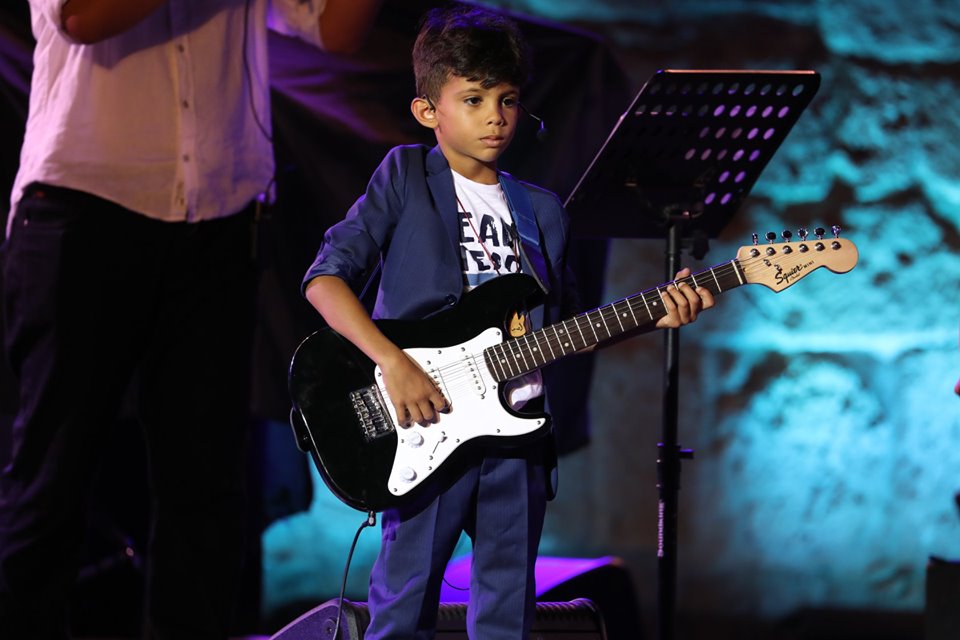 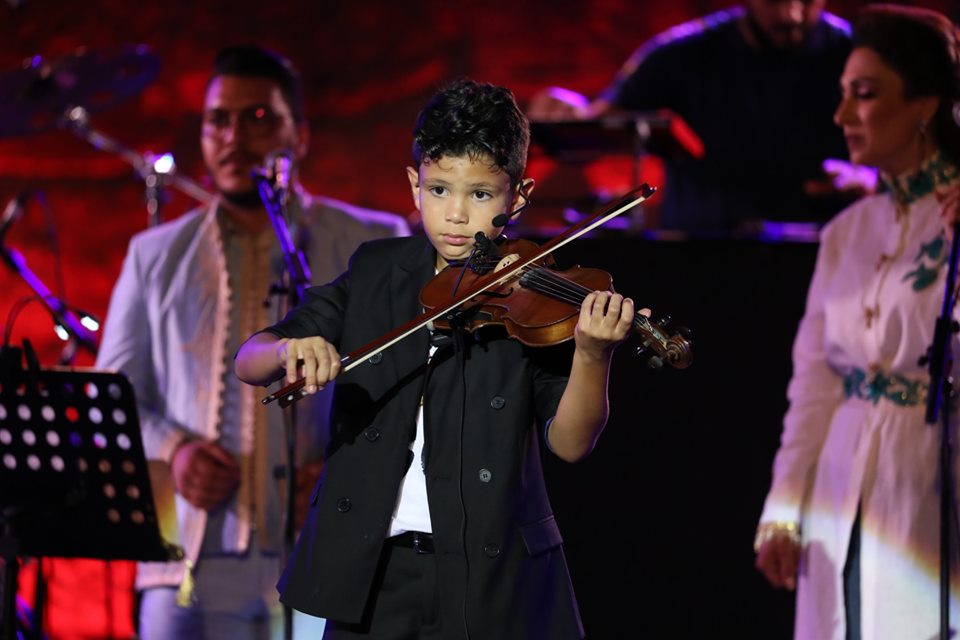 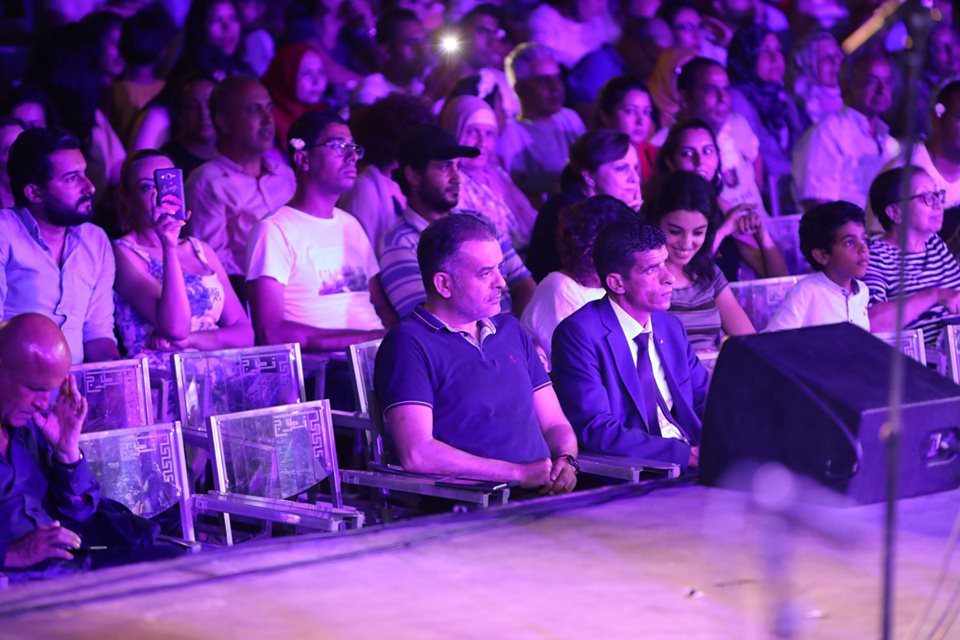 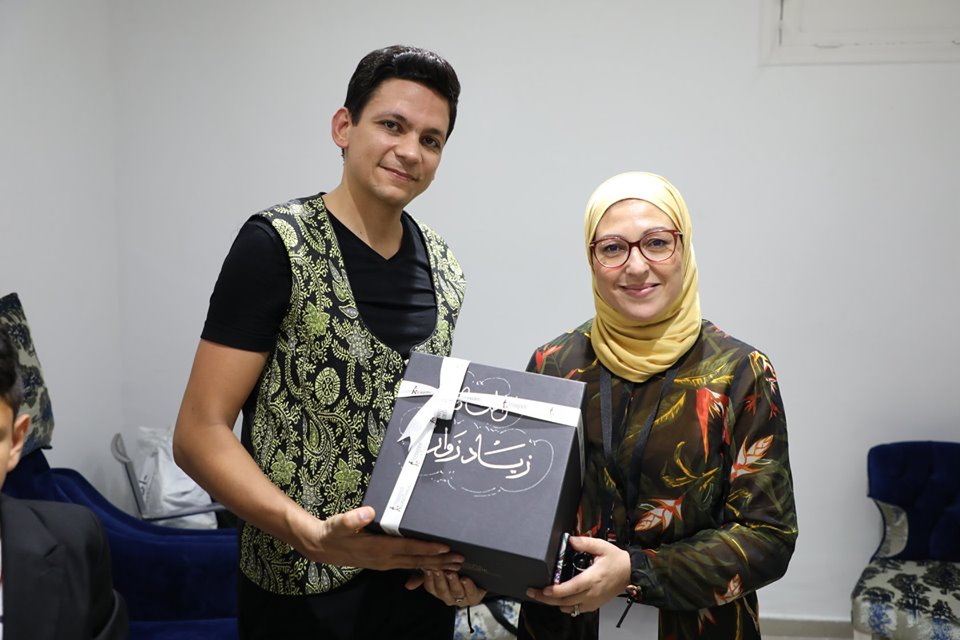 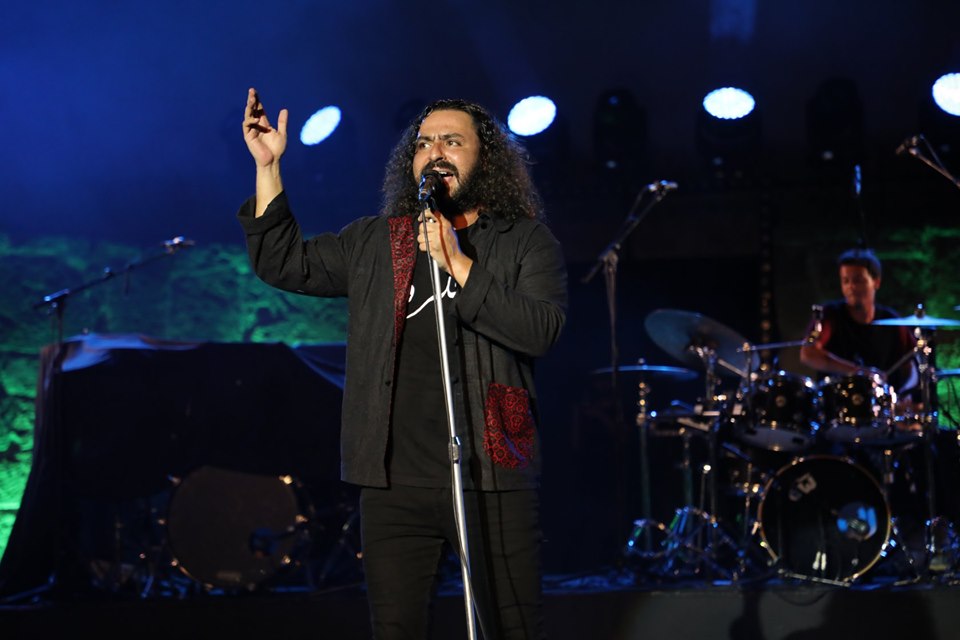 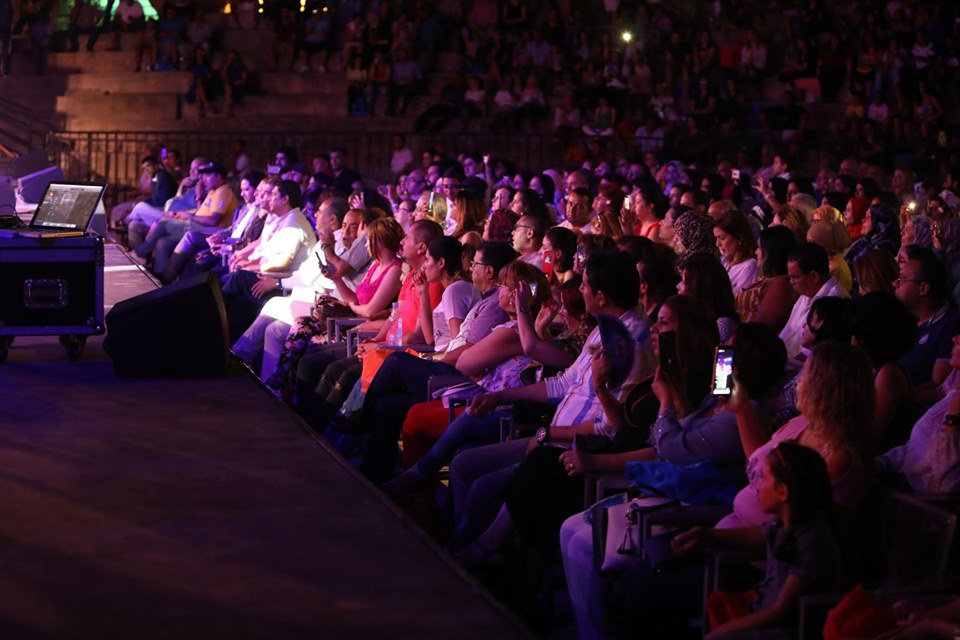 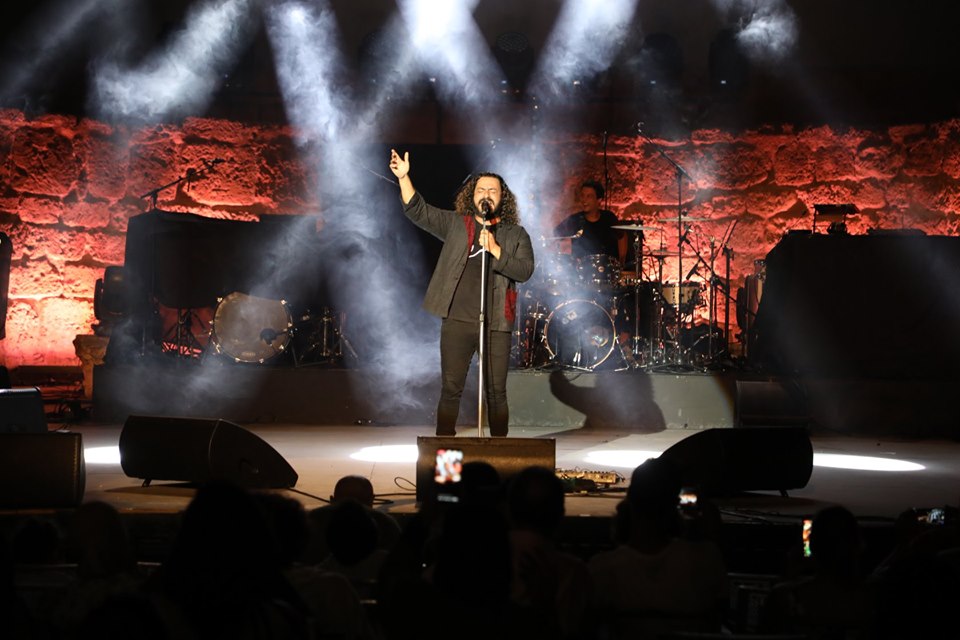 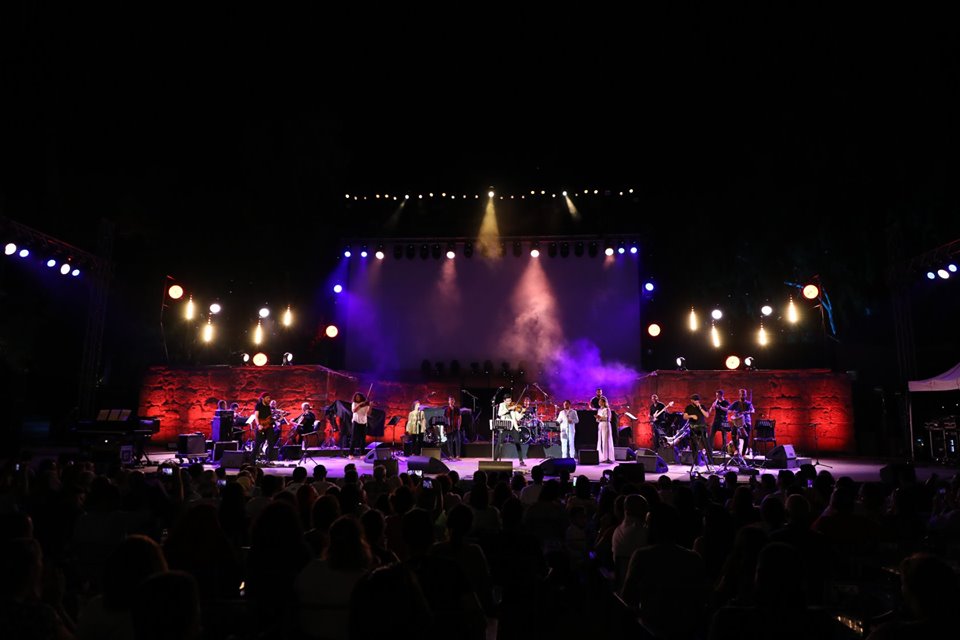 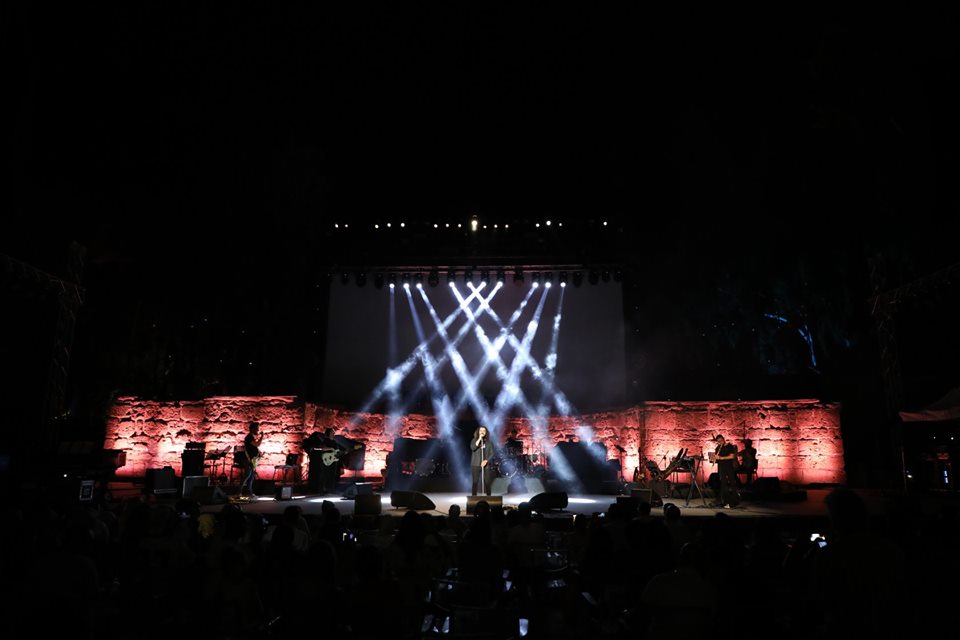 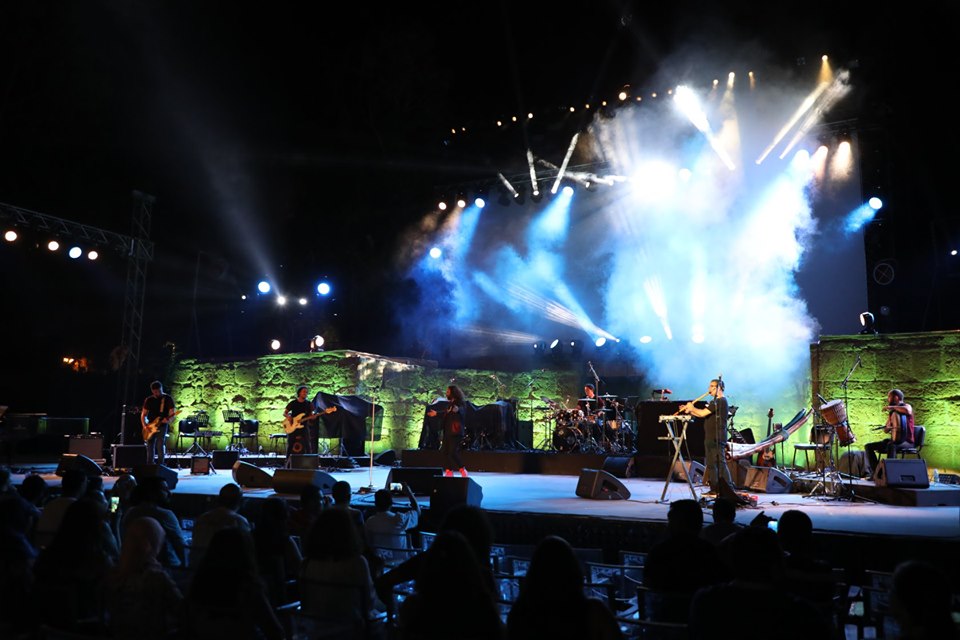